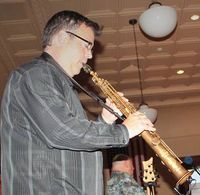 Damian Proulx, saxophones and backing vocals
Damian is a veteran performer in the Philadelphia metro area, playing in rock and roll, dance and party bands including The Elements, a ska originals band, The Sensational Creations, and the Philadelphia party band Diablo Sandwich. Damian believes horn sections add not only great sonic textures but also visual appeal for audiences. He is a big fan of Soul, R&B and Doo Wop. 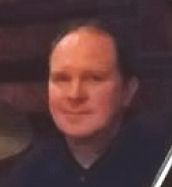 Dennis has played drums professionally for over 30 years in many different bands and venues. Currently Dennis plays in River Of Dreams, an Allman Brothers Tribute band, teaches drum set instruction in Doylestown, PA and is the drummer for two churches. Dennis prides himself on writing out the charts to these amazing songs and playing what Liberty Devitto performed on famous albums such as "The Stranger", "Turnstiles", "52nd Street", "An Innocent Man" and "Storm Front". Dennis is equally as comfortable playing rock as well as jazz and funk. 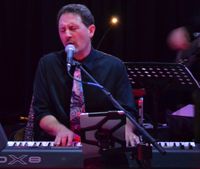 Neal Carson, keyboards and vocals
Neal is a true student of contemporary music with over 40 years experience. Neal's musical influences are incredibly diverse: Traffic and The Beatles early on, songwriters like Joni Mitchell, Paul Simon, and James Taylor, jazz artists including Pat Metheny and Lyle Mays, Bob James and Snarky Puppy. Neal resides in Upper Black Eddy PA, where he enjoys life on the Delaware River and his music studio. Neal also leads local favorites Cherry Lane Band, who perform throughout the area in both full 8-piece band and smaller configurations.
Playing second keyboards with River of Dreams is an absolute blast for Neal. On any given song he can be playing electric piano, organ, strings, harmonica, accordion, or banjo, on some of the best songs ever written. What's not to love?